A smart city refers to the effective integration of physical, digital, and human systems to deliver a sustainable, prosperous, and inclusive future for citizens. Due to the increasing number of citizens, buildings, vehicles, and other public/personal service providers, smart city management with respects to efficiency, safety, sustainability, and humanity involves many urgent and challenging tasks, as hierarchical and heterogeneous stakeholders are interconnected and correlated, such as, communities, energy & water networks, and transportation systems. Recent development of smart sensors, and other Internet of Things (IoTs), make large amounts of city-level data available, which brings great opportunities for smart city management. Intensive studies have started to develop simulation, visualization, and other big data processing methods for modeling urban systems, citizen behavior, and social dynamics, but the efficiency of data processing is deteriorated exponentially as the increase of data volume. New computing technologies, such as, memetic computing, distributed optimization, and transfer learning, are borrowed and implemented for exploiting similarities of multiple computing tasks and providing smart city services cooperatively. As a result, data-centric memetic computing technologies have become hot topics in intelligent transportation systems, smart energy systems, smart government platforms, urban safety, smart medicines, and so forth.

Due to big data of smart city, many computing technologies often show inefficiency or even incapability with respect to data storage, communication, feature selection, data mining, and decision making. To cope with big data arisen in smart cities, a straightforward way is to exploit similarity of data characteristics, and domain knowledge. It can be expected that the solution of a specific task can benefit its similar tasks by sharing data model or knowledge, and the learning speed and modelling accuracy could be significantly improved. Socio-cultural notion of memes into artificial systems, could be a useful tool to enhance the efficacy of computational techniques through explicit prior knowledge incorporation and transfer learning. Memetic computation is a paradigm that uses the memes as units of information encoded in computational representations (e.g., local search heuristics, fuzzy rules, neural models, etc.), covering a plethora of potential meme-inspired computing methodologies, frameworks, and operational algorithms. With prior knowledge of urban systems, memetic computing plays effective roles as a form of individual learning procedure or local search operator to enhance the performance of planning and scheduling optimization algorithms. In other smart city applications, data has similar characteristics, and domain knowledge in one city can be incorporated into other similar cities. Memes as the building blocks of specific domain, can perhaps be effectively transferred into data-centric tasks of other similar cities.

The goal of this Special Issue is to collect new ideas and contributive applications of memetic computing in a smart city, including intelligent transportation, smart grid, sensor networking, etc. The Special Issue invites industry and academic researchers in computer science and engineering, electrical engineering, and civil engineering, as well as other multi-disciplinary engineers and professionals, to contribute original articles on all aspects of data-centric smart city and memetic computing technologies.

Topics include but not limited to:

Submission guidance at https://www.springer.com/journal/12293, selection of this special issue is at the forth step (i.e., additional information) when you start a new submission. 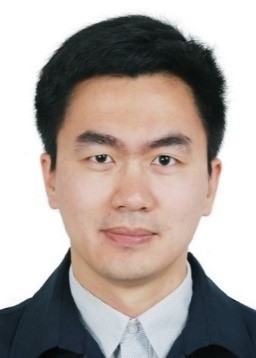 Zhou Wu, Chongqing University, China, zhouwu@cqu.edu.cn
Zhou Wu received the M.S. degree in control engineering from Wuhan University in 2009, and the Ph.D. degree in electronic engineering from the City University of Hong Kong in 2013. He is currently a Full Professor with Chongqing University (CQU). Before joining in CQU, he worked as a Senior Research Fellow with the University of Pretoria, Pretoria, South Africa, from 2012 to 2015. His current research interests include multidisciplinary areas, energy/building information modeling, intelligent optimization/control, and game theory. Prof. Wu is a member of Association of Computer Machinery and Chinese Association of Automation, and a Senior member of IEEE. He published more than 80 peer-reviewed papers on Science Advances, IEEE Transaction on Industrial Informatics, Applied Energy, and other top journals. Furthermore, he has engineering experiences on measurement and verification (MV) energy efficiency projects, and holds several relative patents. He serves as an associate editor for Acta Automatica Sinica, and Complex Intelligent & Systems. He was a guest editor of special issues on Neural Computing & Applications, and Measurement & Control. 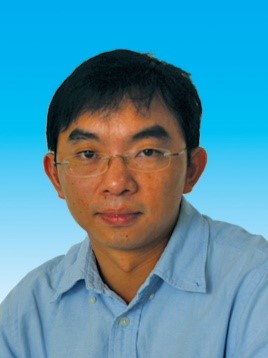 Min Jiang, Xiamen University, China, minjiang@xmu.edu.cn
Min JIANG is a full professor in the Department of Artificial Intelligence of Xiamen University. He received his bachelor and Ph.D. degrees in computer science from Wuhan University, China, in 2001 and 2007, respectively, subsequently as a postdoc in the Department of Mathematics of Xiamen University. His main research interests are Machine Learning, Computational Intelligence and Robotics, and he has a special interest in dynamic multiobjective optimization, transfer learning, the software development and in the basic theories of robotics. In 2016, Professor Jiang received the Outstanding Reviewer award from IEEE Transactions on Cybernetics, and he is currently serving as associate editors for the IEEE Transactions on Neural Networks and Learning Systems and IEEE Transactions on Cognitive and Developmental Systems. Min Jiang is the Chair of IEEE CIS Xiamen Chapter. 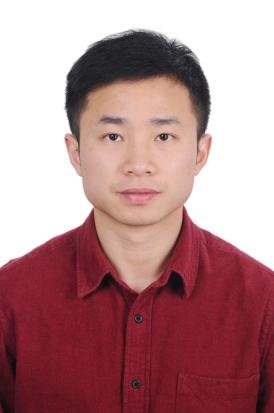 Liang Feng, Chongqing University, China, liangf@cqu.edu.cn
Liang Feng received the Ph.D degree from the School of Computer Engineering, Nanyang Technological University, Singapore, in 2014. He was a Postdoctoral Research Fellow at the Computational Intelligence Graduate Lab, Nanyang Technological University, Singapore. He is currently a Professor at the College of Computer Science, Chongqing University, China. His research interests include Computational and Artificial Intelligence, Memetic Computing, Big Data Optimization and Learning, as well as Transfer Learning. His research work on evolutionary multitasking won the 2019 IEEE Transactions on Evolutionary Computation Outstanding Paper Award. He is Associate Editor of the IEEE Computational Intelligence Magazine, Memetic Computing, and Cognitive Computation. He is also the founding Chair of the IEEE CIS Intelligent Systems Applications Technical Committee Task Force on “Transfer Learning & Transfer Optimization” and the PC member of the IEEE Task Force on “Memetic Computing”. He had co-organized and chaired the Special Session on “Memetic Computing” held at IEEE CEC’16, CEC’17, CEC’18, CEC’19, and the Special Session on “Transfer Learning in Evolutionary Computation” held at CEC’18, CEC’19. 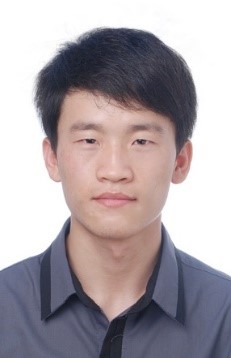 Lijun Zhang, Huazhong University of Science and Technology, China, Email: lijunzhang@hust.edu.cn
Lijun Zhang is a Professor at the School of Artificial Intelligence and Automation at the Huazhong University of Science and Technology. He was affiliated with the Department of Electrical, Electronic, and Computer Engineering at the University of Pretoria from July 2014 to January 2021. He obtained his PhD degree from the University of Pretoria in 2016 and his MEng and BEng degrees from the Wuhan University in 2012 and 2010, respectively. He is a technical signatory for the measurement and verification of energy savings accredited by the South African National Accreditation System and a professional engineer registered with the Engineering Council of South Africa. His research interests include energy modeling, optimization and control system design for industrial processes, heavy haul trains, electric vehicles, micro-grids etc. He served as the incumbent of a Junior Chair on Energy Efficiency funded by Exxaro Resources Ltd from 2014 to 2019. Additionally, he is an associate editor of the Protection and Control of Modern Power Systems and a specialist editor of the SAIEE Africa Research Journal. He also served on a number of technical committees of international conferences.